ARTIST JACK WALLS ON THE DARK MAGIC OF ROBERT MAPPLETHORPE 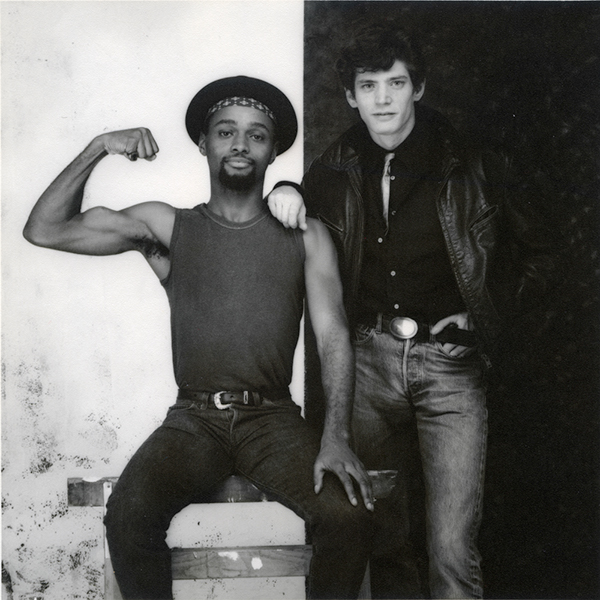 Jack Walls is an art world Zelig. After a stint in the Navy, he moved to New York from Chicago, where he met Robert Mapplethorpe — the photographer who rose to mega-fame for his raw, black and white portraits of the human form — often gay, male, and unabashedly erotic. (As Walls wrote at the time, “Robert liked sex and sex agreed with him.”) The two quickly moved in together, with Walls becoming Mapplethorpe’s lover and muse, sitting for photographs and co-mingling with his downtown New York crowd. After Robert’s death, a devastated Walls left, and then returned to the city, road-tripping with Patti Smith and bar-hopping with Ryan McGinley — before becoming a painter himself. “There was a darkness about Robert that he cultivated,” Walls wrote. “He held a fascination for Lucifer but he said to me that he didn’t believe in God. I would say to him if you have a fascination with Satan then you must have a fascination for Christ. I told him you can’t believe in one without acknowledging the existence of the other. He lit a Kool mentholated cigarette and pondered this. Then he told me ‘I only believe in Art.’” In honor of the photographer’s retrospective at the Guggenheim Museum, Implicit Tensions: Mapplethorpe Now, which opened this past week, Walls recounted his days spent with Mapplethorpe, and the photographer’s undying, and, ever dark, legacy on the art world.

I was interested in the arts. I grew up drawing. I was thinking then, “Well, I’m a black guy, a black artist.” At this point, back in 1981, there were a lot of things going on with black people in the theater and film. But there was no way I was going to become a fine artist because, to me, that would’ve been in direct competition with Robert. I had never gone to art school. I was smart enough to know that I was in a great position to learn because, if anything, Robert was a teacher. Robert was very smart. I started learning about art, and then, I met Sam Wagstaff, who collected African art and paintings. He was one of the first people to champion minimalism. It just happened by osmosis. It was organic. I knew that I was in a special place. I knew it. Some people look back on life, and realize, “Wow, that was really something special.” I recognized it right then because I saw what Robert was doing: He was reinventing photography.

He was 10 years older than me when we moved in together. I was 25 and he was 35 when we started living together. That’s a big gap. He had already been through the Chelsea Hotel days with Patti Smith. He had already done some things that got the art world’s attention. I would say, now, it was a mentorship, but then, I just thought that I had a very cool boyfriend. I really did. It’s not often you could say that your boyfriend is also your favorite artist and mean it. I knew art couples, where their other half wasn’t their favorite artist. But I could say that and actually mean it. My favorite artist was my boyfriend, and he would’ve been my favorite artist even if he wasn’t my boyfriend. I lived with this man, and that’s part of my legacy. No one can change that, although people have tried. I hate things when they’re overt. Robert killed it with all the S&M stuff, like the fist fucking and the guys. But those flowers — even when you buy one of those flowers,  you know its history. There’s still something filthy about them, and he knew that. How can a flower have an edge? But you see it, right?

The end of Mapplethorpe’s life:

I didn’t expect Robert to die. I thought we would be together until we were in our 70s, 80s, 90s. Even when Robert got sick, I never thought of the end game because when you’re in love with someone, you just can’t think like that. It was devastating because there were no answers. It was like the Black Plague. Everyone was dying. I literally didn’t think I was going to live past 35. I’m not saying this was an excuse, but when Robert got sick, I started indulging in heroin. I self-medicated. I really had a death wish, and it was hard to navigate those waters. I stopped having sex after Robert got sick. Heroin became my sex. I got lost, and I watched Robert die. He died in 1989. I stayed on heroin for a year after he passed. Eventually, I cleaned up. I went to film school. I decided I was going to try to be a theater person and write movies because I didn’t want to have anything to do with the art world. Being photographed by Mapplethorpe:

People want to make a big deal out of it. “Oh, and then the sun came through the window, and I struck a pose.” You know what I mean? It’s just corny. We took a picture, and that was it. Robert was not going to get up in the middle of the room and tell a joke. He wasn’t the life of the party. He was an observer — like most photographers are. Taking pictures is observing. It’s looking. Back then, being an observer was really something.

I met Ryan McGinley, Dash Snow, and all of those kids in 1998. They were all in their late teens, early 20s. They would want to hear about Robert, and in turn, I would introduce them to things. I would drink in bars with them and hang out on roofs until the sun came up. Dash was a crazy graffiti artist. Ryan had just started taking pictures, and Dan Colen, he would come back and forth, because he was going to RISD. I thought they were going to all end up in jail. When Patti moved back to New York, I went on the road with her, we became a family of sorts. We talked about everything. She encouraged me to write. Then, Hollywood bought this film that I had wrote called Somebody’s Sins. It was on the early years of Robert Mapplethorpe and Patti Smith. I was really happy.

My story falls in on itself so much to a point of ridiculousness. Jack Walls, he was involved with Mapplethorpe. Then, he did heroin. Then, there was Jean-Michel Basquiat. Then, Ryan McGinley. Everybody probably assumed that either I was going to die of a heroin overdose or I was going to die of AIDS. I was written off. Robert’s favorite word was magical. That was the highest compliment. He would say, “It’s magical,” or “It doesn’t have magic.” One thing I have is magic.